Facial Recognition, and the Apple Phenomenon 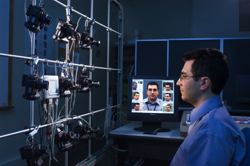 Facial recognition has been around for over 50 years now. From airport security to social media, biometric facial recognition has become part of everyday life. But like all technologies, there can often be a backlash from consumers due to a lack of confidence, perceived transparency and threat to privacy. This is predominantly due to the link of biometric data to criminal activity and the notion of a ‘Big Brother’ state.

Enter Apple Inc. Not the first to invent the tablet, nor the first to integrate fingerprint readers or use facial recognition; yet often seen as leading the trend and pushing innovation. What is the Apple phenomenon, and why do they provide consumer confidence?

Facial Recognition, Where Did it All Start?

Facial recognition is a biometric method of identifying an individual by comparing digital image data or live capture with the stored record for that person [1].

While facial recognition may have only been around commercially for the past decade, the technology started development in the 1960s.

Woodrow Wilson Bledsoe developed a manual system using a RAND tablet, a device for inputting coordinates into a grid using a stylus. [2] The system could manually record the coordinate locations of facial features which was then placed within a database and could be matched to new photographs. This was the beginning of facial recognition technology.

By the 1990s, the National Institute of Standards and Technology and the Defence Advanced Research Projects Agency started the Face Recognition Technology (FERET) program. This program encouraged face recognition within the commercial market by creating a large database of test images for facial recognition, with the hope that others would be inspired to create more powerful facial recognition technology.

Whilst a commercial uptake has been slower to become accepted, facial recognition has been used within security for several years primarily in airports and in forensics. One of the most famous cases of forensics facial recognition was the confirmation of Osama bin Laden’s identity, after he was killed in a U.S. raid.

Microsoft, Samsung and Apple…Oh My!

Historically used for high level security identification, the software, has been used for smartphone applications to image tag people to create image catalogues, this is called faceprint. One social media platform that famously uses the AI is Facebook. Facial recognition software is used to automate user tagging within photos, which speeds up tagging entire albums and enhances the reach of user’s posts. The software stores information about the person’s facial characteristics and matches them to other images which share the same characteristics.

But facial recognition within consumer technology has traditionally kept along the same path of security, used for unlocking phones and tablets as seen in Samsung and Microsoft.

Microsoft integrated biometric authentication using facial recognition within the Surface Book and Surface Pro 4 in 2015. [3] The Windows Microsoft Hello software included an infrared camera and light which means it works well even in the dark. The safety measure offered to prevent tricking the system using a photo is an additional task to turn your head to the left and right to unlock the tablet. This may prevent a flat photograph from tricking the system, but doesn’t provide a foolproof solution.

Samsung Galaxy Note 8, launched in September 2017, offered revolutionary software to unlock the phone. However, the software includes a disclaimer that facial recognition is “less secure than pattern, pin or password” after tests proved that the phone could be unlocked by a Facebook profile photo. [4] Overall, there is a consensus that facial recognition wasn’t ready to replace pincodes and passwords.

But now Apple has come to join in the revelry and possibly rewrite the handbook.

Whilst many Samsung users will be quick to point out Apples delay in adapting to new technologies, from fingerprint readers to facial scanning, even the use of certain UX elements, it doesn’t stop the hype of these new features upon launch. This is clearly shown in the parody advert Samsung created about Apple’s dedicated following and their delay in integrating features such as waterproofing.

The so called ‘Apple Phenomenon’ can be illustrated within Apple’s historical launches. Apple would showcase a new version of their iPhone, such as the large iPhone 6 Plus, which followed the trend of other phone manufacturers who were creating larger phones for improved gaming, and suddenly the concept of a large phone was seen as cutting edge and revolutionary.

Another prime example is Apple’s adoption of fingerprint readers. Biometric security was available prior to the iPhone 5s. Airports and border controls have used it for years for security, and Toshiba integrated the fingerprint scanner software within their models in 2007. But when Apple launched the iPhone 5s in 2013, attitudes to biometric usage started to change drastically [5].

Now users are happy to use Apple Pay as a form of digital wallet, which has lead to other companies, such as Stahler to follow the trend and created Fingopay which uses a finger vein scanner to be used for paperless, and deviceless payment. All you require is your fingerprint. From clocking in at work, to POS technology, fingerprint technology has changed the concept of the everyday norm.

With any launch, there is always the element of risk, that a powerpoint doesn’t play on your device or the microphone cuts out every 30 seconds. Apple managed to drop their stock prices within seconds, because their Face ID failed to work (first attempt) [6].

Nevertheless, the iPhone X (pronounced ten) is seen as using one the most powerful facial recognition softwares within a mobile device. But this should hardly be a surprise, Apple has arrived late enough to the party to learn from the flaws of its predecessors and create a well rounded solution.

The iPhone X uses the facial recognition technology to unlock the phone, make payments with Apple Pay and the app store and has even been integrated within AI for a new way of creating emoticons based on the users face and reactions.

With everything, there can be downfalls, and there have been concerns raised over privacy, as to how often the TrueDepth camera is active, but in terms of hacking Face ID, it hasn’t been that simple. While allegedly a 3D printed face managed to hack into the iPhone X a week after its release, the traditional use of pictures, face masks and even disguises have not managed to hack into the iPhone [7]. So there are some upsides.

Browse a range of iPad and tablet kiosks online and look at ways you can change the dynamics of your business with our innovative solutions today. For more information, get in touch with the imageHOLDERS team by calling +44 (0)1202 892863 (UK) or 1-888-858-9778 (US) or email [email protected].