30 Years of the Apple iPad

Apple have been revolutionising consumer technology for decades, from the Apple 1 in 1976 to the iPhone 7 in 2016. After 30 years of technology innovation, we take a look at the iPad, and what makes it such a popular tablet.

The first tablet which Apple developed was released in 1993, but the project by Apple Computer first started in 1987. Originally three different sizes of devices were considered, with the final product, the Apple Newton being the smallest with a 6 inch screen. The Apple Newton was also known as a Personal Digital Assistant, or PDA, a term coined by Apple CEO John Sculley at the 1992 CES in Las Vegas.

When patents were later applied for a Macintosh tablet, rumours were of a revival of the Apple Newton. This new patent was for a consumer electronics industry game changer, the Apple iPad.

Why was the iPad so popular?

The iPad was so popular because the groundwork already existed. The first iPhone was released in June 2007, and the iTunes store was released nearly ten years before the iPad in January 2001. The iPad’s interface was familiar to so many people and the concept of the App store and how it worked was fastly becoming mainstream. Even people who didn’t own an iPhone, were familiar with the Apple interface and how the concept of multi-touch worked.

The iPad has made revolutionary changes to the definition of what a tablet is. From the iPads branding as the ultimate in personal computing to the new iPad Pro with its transition from consumer to enterprise. 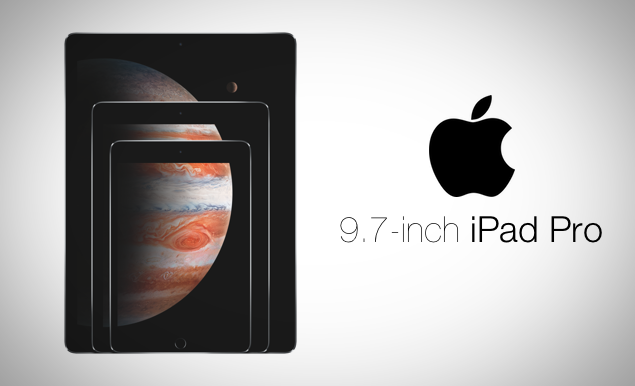 The iPad has been through a variety of different generations and developments, each seen as superseding the previous.

Below are the dates and models of iPad since 2010:

With a release of at least one brand new iPad a year, plus new software and memory capabilities with previous generations, 2017 looks to bring another new iPad. Rumours are of a new 10.5” iPad Pro, whilst we haven’t heard anything solid on this, judging by Apple’s innovation with their tablets, a new size of iPad would seem highly probable.

When will Apple release the new iPad Pro? 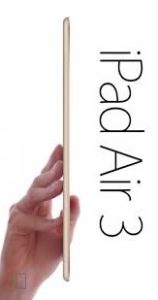 Looking at Apple’s previous announcements with the recent iPad Pro 9.7”, a likely date for a new release would be March 2017. But with everything Apple, speculation is one thing, the results are normally something else entirely, like the iPad Air 3 from 2016.

iPad Kiosks and the changing iPad

There have been an increase of iPads being used for enterprises, especially within tablet kiosks. With all technology, there is a shelf life, and with Apple changing the size of their tablets, with the iPad Mini to the iPad Pro, imageHOLDERS have created a future proof design to protect the lifespan of imageHOLDERS iPad kiosks.

As we all know, technology is constantly improving and within a year there will be a new, more powerful version of your tablet on the market. We have taken this into consideration when designing our enclosures and iPad kiosks, making the enclosures adaptive by changing just a couple of components.

This means if a business wishes to swap an iPad Pro 9.5” for an iPad Pro 10.5”, or even an iPad Air, we can ensure that they needn’t purchase a whole new iPad kiosk. This is the most cost effective solution saving time and money for all parties involved.

imageHOLDERS are tablet universal, able to support any tablet from an Apple iPad to a Samsung Galaxy, and everything inbetween.

For more information on our iPad Pro kiosks and other tablet enclosure solutions, please get in touch with the imageHOLDERS team today via email at [email protected] or call +44 (0) 1202 892 863.